The choir I sing with, Dozan wa Awtar, recently got back from Germany performing at the Musica Sacra Festival.  Click here to listen to a performance.  I especially like this piece.  It's actually a collaboration of several themes, including a Byzantine communion hymn, a Sufi melody, and an Islamic song that's newish (rather than ancient, the original is sort of a pop song style / new age style / hard to explain).  In between the Sufi melody at the end, choir members are singing various songs that are important to them, including monastic chants.  It certainly reflects the color and beauty of the culture here. In a few days we have a Dozan get together where I'll get to hear stories from those who went on the trip.  Looking forward to it!

Min Zamaan (been a long time)

Yes, it's been over two months since posting.  Lots of excuses, like wondering if anybody actually reads what I write.  I suppose I write for myself more than anything, though.  This morning is my first day off from school.  Exams are done, and we're planning for next year.  I'm really excited about teaching next year.  We're implementing the PYP (International Baccalaureate) standards for the elementary school.  I get to focus on creative writing.  So school has been busy, but fulfilling. 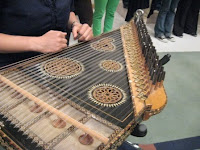 What else has happen in the past two months?  Well, my choir put together another amazing show.  This time, they traveled to Germany for the Musica Sacra festival.  Follow this link to read.  Performing religious music (both Christian and Muslim) I know they wowed the audiences there and had a blast.  This picture shows "qanuun" used to accompany a few pieces.  I missed going, but chose to focus on my family this month, as there have been some big events. 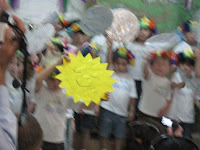 I'm looking forward to taking the kids to the pool this summer (nearly six years here and we finally spent the money on a membership), watching our plants grow (we'll see if any vegetables make it this year), and a visit from Abu Tulip's parents in July.   Here are some pics from our garden, beans, radishes, and snails. 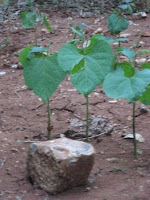 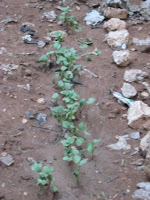 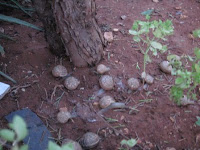 Oh, Oliver also finished his first season of T-ball.  Yes, it was only T-ball, but watching him play reminds me that my kids are going to grow up.  Watching the high schoolers play on the field next to us was a reality check for me.  Those boys are all taller than me, and my boys will be taller than me some day.  One Friday morning we watched a few from the team get out of a taxi and go to their game.  In perfect Arabic, they thanked the driver and headed out to the field.  I learned that they had just come from running in a race down at the Dead Sea.  Responsible, capable, and thriving (not just surviving) in a bilingual, multicultural world.  Yes, this is what I hope for my children.  Lord, give me strength to raise my boys in wisdom and maturity! 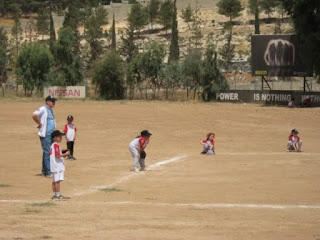